Greetings, all y'all!  Well, it's been an unquiet week-and-a-half in this sector of the Pubsgalaxy, but I'm still here and holding steady with the health & fitness stuff.  And given the alternatives, well, I'm pretty content with that.  Here's the news: 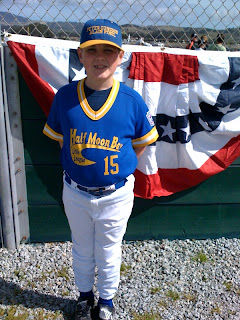 Hope everyone enjoys a wonderful rest-of-the-week and weekend!  And happy St. Patrick's Day tomorrow - I need to remember to pick up some corned beef and cabbage at Whole Foods tomorrow!  Or at least some corned beef, I can always make Brussels sprouts to go with it! :-)
Posted by Pubsgal at 10:02 PM

glad that all is well in your neck of the woods - scary stuff huh?

Wow, didn't know they evacuated Half Moon Bay. I was at work and saw a little of the news--Crescent/Santa Cruz. It looked to me like they were over-reacting, but I guess you never know with the weather. Since I don't have tv, I have been a little incubated from the Japan news.

Its good to hear from you! And glad you are holding steady with all the extra activity around there. It sounds like you are happy about the merger at your job?

Hope the merger goes well. I got squeezed out of a job once from a merger, but that was in the food business where workers are like disposable napkins.

Hooray for team sports being fun! Especially the getting along and having fun. Positive athletic experiences can make such a huge difference for kids.

Hooray that you have a good Little League community! Or so it appears. Healthy activity needs a healthy attitude to go with it, or it becomes . . . something else. Congrats to T-1 on the single and the score.

I totally miss this time of year - my daughter played t-ball and softball from age 6 to 14 (the high school coach was a total a-hole, so Hannah didn't play in high school).

It's so sad that part of her life is over already!

Super impressed with your blood sugars still - yesterday I gave myself too much insulin at lunch, completely over estimated the carbs - it was 31 AFTER I ate, so that will tell you how bad it was.

I had pineapple in the work fridge, ate a cup of that, waited 15 minutes - that brought it up to only 45! So I ended up eating 7 POINTS of peanut m&m's, which was how many activity points I earned yesterday - oh well, at least it was a wash!

Haha - resistance is futile, isn't it? Glad the tsunami turned out to be a none-issue for you. Like you, I wish it had been so for the poor people in Japan.

Wow, I didn't know you were impacted by a tsunami warning. Yikes! Glad it was a non-event for you.